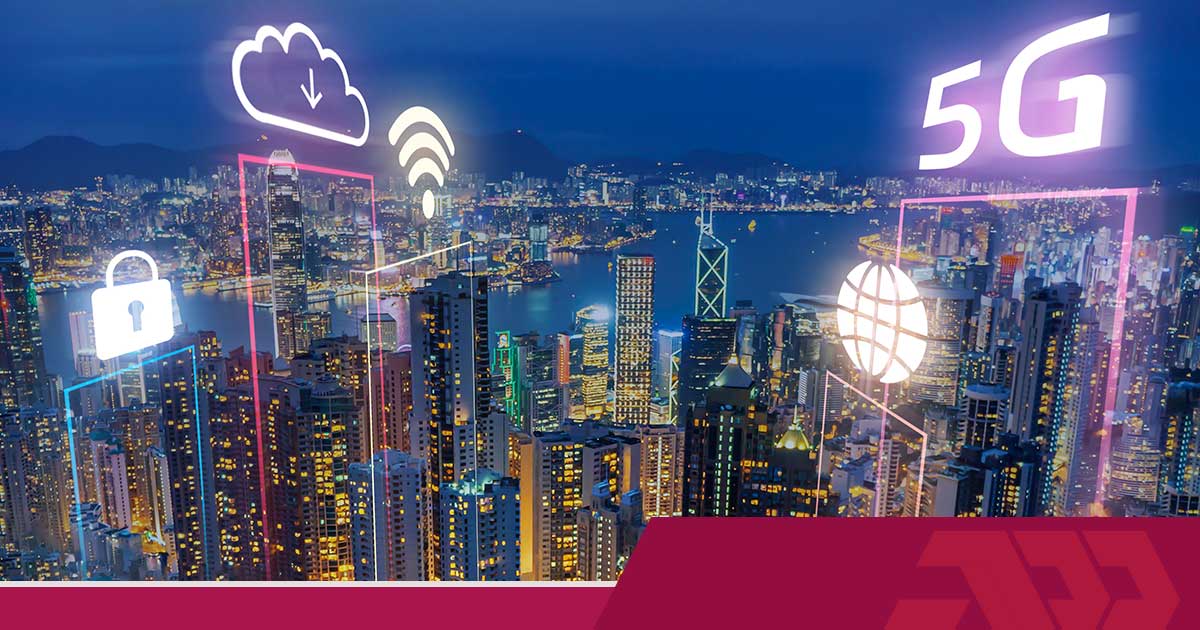 Imagine a city technology specifically designed to improve your quality of life. Technology so efficient and seamless that you don’t even notice it’s there. However, you note that your commute is shorter, crime in your neighborhood is lower, and the air is cleaner. An increasing number of cities around the world are facing this reality. It is made possible by smart city technology.

What Exactly is a Smart City?

A smart city uses data and technology to improve urban processes and the lives of its citizens. The United Nations predicts that by 2050, urban areas will house the majority of the world’s population. This naturally increases the number of environmental, societal and economic challenges. Smart city technology can assist in overcoming some of these challenges and making cities more livable.

The technology developed to create smart cities has the potential to make cities more resource-effective and efficient.

Approximately two-thirds of the world’s largest cities have already invested in technology, and many more are considering doing so. In the coming years strong partnerships between city governments and private sector technology companies will further solidify the reality of smart cities.

Technology Behind the Smart Cities

Modern technologies are at the heart of smart cities. Various applications can greatly facilitate citizens as well as city administrations. Among the technologies that assist our cities to become smart are:

Smart street lighting – Street lighting is a critical public service provided by local and municipal governments. Good lighting is essential for road safety, personal safety, and the aesthetics of cities. However, many street lighting facilities are out of date and thus inefficient. As a result, energy requirements and maintenance levels rise. Street lighting can account for up to 30-50 percent of total power consumption in several municipalities with outdated systems.

ADD Bulgaria is actively participating in the digitalization of the city lighting systems in Bulgaria. For more information on our solution and the success stories.

Smart systems for tunnel lighting – The tunnel lighting management system is a distinct category of urban lighting with specific requirements that are regulated and required for the safety of all road users.

The primary goals of tunnel lighting are to ensure safe entry, passage, and exit from tunnel sections without interfering with traffic flow. The proper design of the tunnel’s lighting infrastructure achieves these goals. This will allow for rapid adaptation to the light, identification of potential obstacles, and passage without changing the speed of moving vehicles. The Arista TLMS system provides precise lighting control in all areas of the tunnel based on predefined criteria and infrastructure requirements, while also lowering control and maintenance costs.

Smart parking systems – They are highly feasible for extremely small sites that cannot accommodate a conventional ramped parking structure. Also, there is high parking efficiency and drivers do not need to drive while looking for available space.

Some users find the method too confusing, as they are used to the traditional way of searching parking spaces. The challenge for municipalities is to provide an appropriate information campaign so that more and more drivers can take advantage of the modern approach.

Resource management – Intelligent monitoring of the consumption of different types of resources is of particular importance for municipal administration. In this way, you can very easily predict future consumption and costs.

Traditional watering methods can waste up to 50% of the water used due to inefficiencies in irrigation, evaporation, and overwatering. Smart irrigation systems use sensors to collect real-time or historical data, which is then used to inform watering routines and modify watering schedules to improve efficiency.

The challenge is to build such a system in all public green spaces because they require very good landscaping, excavation, and the construction of a pipeline network.

Smart waste management systems – We frequently see overflowing garbage cans or dustbins in public places. To avoid such situations, the modern world provides a solution in the form of efficient waste management using IoT. These bins are linked to ultrasonic wireless systems as well as a central system that displays the current status of garbage on a mobile web application and an Android app via Wi-Fi. As a result, the app’s status is updated.

Smart Cities Around the World

Vienna is widely regarded as the world’s smartest city. Cities all over the world face significant challenges in terms of resource efficiency and the climate crisis. Thanks to an innovative Smart City strategy, Vienna is tackling these global issues with flying colors. Vienna has been working on sustainable urban development for a long time, and with great success.

The Smart City Vienna framework strategy for 2019-2050 is accompanied by many other city concepts and strategies, such as the city development plan, a dedicated energy program, or the “Digital Agenda,” which works to establish Vienna as a digitalization capital.

The most recently completed Smart City project is a watershed moment on the path to becoming a model climate city. Through the use of modern technologies, Vienna’s main water treatment plant was converted into an eco-power plant that produces more energy than it consumes. The city’s wastewaters are now cleaned with energy self-sufficiency, CO2 emissions are reduced by 40,000 tons per year, and clean electricity and heat are generated as a result of a new sludge treatment plant.

The Catalan city is frequently lauded for embracing smart technology, which is credited with reviving an economy that had deteriorated in the 1980s due to the decline of its textile and other industries. The city hosted the first Smart City Expo and World Congress in 2011 to promote “a self-sufficient city of productive neighborhoods moving at human speed, within a hyper-connected zero-emission metropolitan area.”

The second-largest city in Spain is now inundated with LED light pole-mounted sensors that monitor traffic, air quality, pedestrian activity, and noise, and can dim or turn off lights as needed. Smart bins with vacuums suck waste into underground storage, reducing foul odors and reducing collection truck trips. They also provide data to city managers on waste levels and where it accumulates faster or slower, resulting in increased operational efficiencies. The city’s bike-sharing system was among the first, to reduce the number of cars on the road, particularly in the densely populated and heavily trafficked city center.

The Dutch city has enthusiastically embraced smart concepts and technology, resulting in the creation of an open database containing 12,000 datasets gathered from every urban district. Users can access data using Bluetooth devices through its IoT Living Lab, a 3,700-square-meter area outfitted with IoT-enabled beacons. LoRaWan, a machine-to-machine protocol, is used by the beacons to send data packets over distances of up to three kilometers. Many residents ride bicycles, car-sharing platforms connect drivers and passengers, and autonomous vehicles transport drivers through five intersections between a subway station and an office park.

In housing development, a public-private partnership is constructing a small smart grid where power is distributed and stored based on demand. Another smart grid project in the works generates electricity from carbon dioxide. Amsterdam also has smart lighting, including dimmable LED lights. Pedestrians and cyclists, on the other hand, can use an app to increase the light when passing by and dim the lights after they have passed.

Different applications of smart cities have been introduced in the big Bulgarian cities with different levels of feasibility:

Last, but not least is the active and pioneering role of ADD Bulgaria in the digital transformation of cities and utilities. Starting with the introduction of smart metering technology in 2005, its gradual expansion till 1.5 million smart meters in the Bulgarian grid, moving to other arenas like Smart cities and smart industry, ADD Bulgaria established itself as one of the key players in energy transition in Eastern Europe. The future plans of the company are big and all related to facilitating a fairer green transition.

The importance of smart street lighting in winter and in crisis